Just the two of us….

Saul Mayers and his girlfriend Lorin Bradley joined thousands of runners in Sunday’s London Marathon, but ran together, finishing in 4hrs 41 and helping Kisharon raise £25,000.

A nine-mile run was the furthest the pair had attempted until Lorin started volunteering at Equal in Temple Fortune. It was while at the shop – in the run up to joining insurance company Vitality as Events and Marketing Executive – that Lorin heard about Kisharon-sponsored places for the marathon and signed up to take part with Saul.

Saul, a law student, said: “We thought we’d give it a shot and so we trained together. It was helpful to have company during the times when it seemed like a crazy pursuit. We ran the marathon together and discovered that we are very similarly paced and so at no point was one of us slowing down the other. At the end, I was battling and it was Lorin who was pulling me along.” 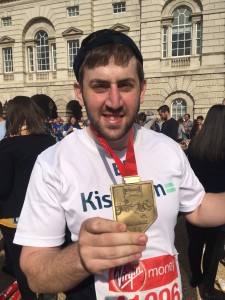 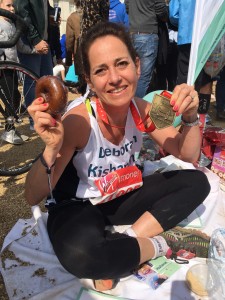 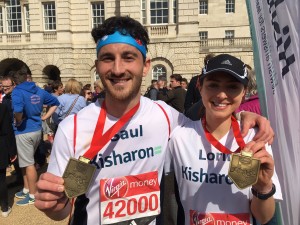 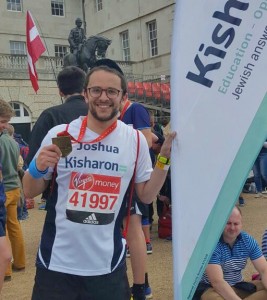 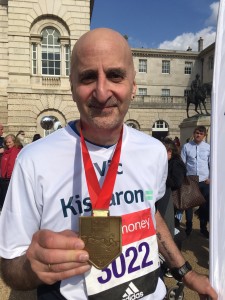 The couple, both 26, have been bitten by the distance-running bug and are thinking about entering another marathon – even though Saul admitted that his legs were ‘still tender’.

He said: “The more we knew about Kisharon, the more we realised how much of a privilege it was to be raising money for them.”

Other runners included Danielle Donne, 4:28 and her daughter Miranda Shemen who finished in 3:56, Deborah Clayden 4:35, Eli Patashnik 5.28, and Vic Aboudara 5:44 who went on to volunteer that evening at the Chickenshed theatre company in north London.

Richard Franklin, Director of Marketing, Fundraising and Communications said: “Kisharon has nothing but admiration for the commitment demonstrated by all of the 10 runners who trained, ran and raised funds for learning disabilities.”