Four cyclists raised £5k for Kisharon in the 100-mile Prudential RideLondon. Stephen Vyner was the fastest home at 05:08:19. Others were Eli Sinitsky, David Wajsman and Moishe Vogel. 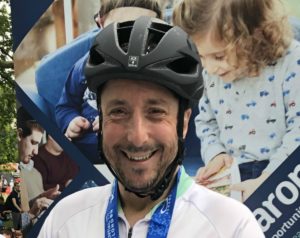 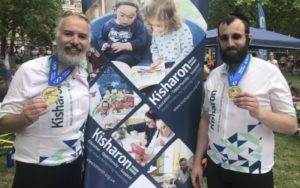 Reputed to be the most popular sports event in the UK, more than 26,000 participants took part on the closed-roads course to Surrey and back.

Riders are released from pens to avoid congestion but the route is still busy according to Moishe who said: “You’re alongside other riders all the time.” But he added: “The weather was great and there was a nice buzz.”

The event was a legacy of the London 2012 Summer Olympics and is part of a weekend of cycling activities. Spectators line most of the route and the best of the action is filmed live on TV. The route, with its drink stations and nutrition hubs for the riders, features several challenging hills.

Pirkei Avos
“The world stands on three things: Torah, the service of G-d, and deeds of kindness.” Kisharon looks at the person not the disability, teaching Torah, Middos and Mitzvot embracing and cherishing everybody’s special talent and bringing out the best in them.
© Copyright Kisharon 2021. Charity Registration No. 271519
We use cookies to ensure that we give you the best experience on our website. If you continue to use this site we will assume that you are happy with it.AcceptRead More