Vitality Big Half triumph for Pearl

First-time distance runner Pearl Erlich said Sunday’s Vitality Big Half, when she raised £500 for Kisharon was ‘a mindblowing experience’. 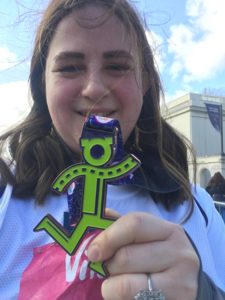 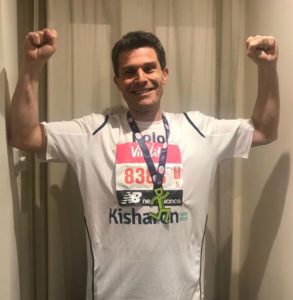 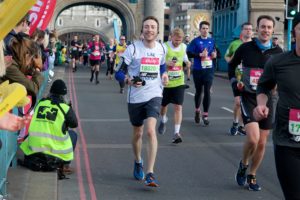 “I still can’t believe I did it. I still haven’t absorbed it,” said Pearl who started running after downloading the NHS Couch to 5k app to lose weight.

“There were 16,000 runners and at the start all you can hear is the sound of their sneakers. I wasn’t that well prepared and I had intervals of walking but it still feels mindblowing to have done my first official run.”

Pearl had no regular training routine. With four boys aged ten, nine, four and two, there were times when she couldn’t even get to the park. “Juggling the times when I could run was crazy, but it was all worth it in the end.”

She said: “Of all the exercise I have tried running is the best. No-one pressurises you to do more. You just run when you want and listen to your body. The cold doesn’t bother me but the thunderstorms we’ve had recently really did.”

Pearl says Kisharon is a charity close to her heart. “My brother Eli who is eight has Down’s Syndrome and I know what it does to families. My mum is always very grateful to anyone who can give the family some extra help.”