Our marathon team in training

“It’s important I do this for the right charity,” said first-time marathon runner Gavriel Debson, 35, from Hendon. “I know the great work Kisharon does and it resonated with me. It’s a great charity that I can help.” 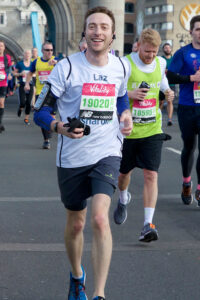 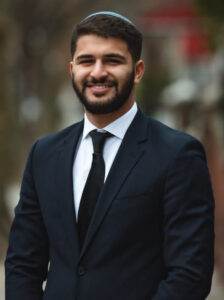 Gavriel, a finance manager with 02, took up running during lockdown.  “I was working from home and, with my wife, Chani, homeschooling our children Ilan, eight and two-year-old Coby. I went for a run because I needed to get into the fresh air for my mental wellbeing, and I haven’t stopped.

“Outside, I could switch off from the world. I also realised how unfit I was. Now, my better days are those when I run.

“I don’t know anyone else running the London Marathon, but I’ll reach out to past entrants for tips and tricks. Luckily I’ve a network of running friends to keep me company, but none are currently training for an event.”

Simon Lazarus, 33, from Borehamwood, too realised the benefits of running during lockdown.

“My commute was walking from the home office to the living room. Having a train journey home lets you distance yourself from work. Running cleared my head and let me switch off and zone out. I feel much better about myself, and stronger, when I go for a run.” 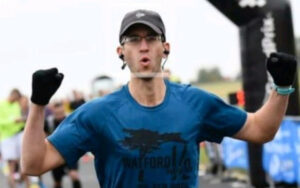 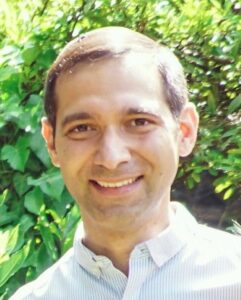 Although a keen runner before, the keen sportsman – Simon plays golf and football – took the plunge and signed up for his first London Marathon, a goal on his personal bucketlist.

As his wife Natasha is a former Kisharon fundraising manager, he had the perfect reason to run for us.

But even so, Simon, who works in recruitment, said: “Kisharon does amazing work in the community. I see all the publicity and read about what they do. It’s good to support a local Jewish charity.”

But he added: “The beat of music in the background can keep you going though. It’s good too when background noise on the streets blocks out a podcast.”

For entrant Shlomi Rokach, manager of Kosher Kingdom in Golders Green, this will be his fourth London Marathon, and ninth marathon overall.

He said: “I’ve been running for many years. The aim is to just go out and enjoy and run the course with friends rather than go for a fast time. I will be doing the Richmond marathon in September where I hope to run a fast time and will then just enjoy the London Marathon. At least that’s the aim…

“Training is going well. I love running and have a great group of running friends and we keep each other motivated.”

Having the right mindset is the key to running success, according to real estate broker now entering his second marathon, Rabbi Yanky Vogel. But this time, Yanky who lives in Long Island, has a distinct advantage.

He explains: “My first marathon was in Miami and I trained in New York. The event started at 7am because of the heat. But it got hotter. I was completely fatigued and the humidity was obscene. Now I’m training in the New York heat but running in London where it will be cooler. I’m definitely less nervous about this one.”

Yanky’s father, who lives in London, found him a Kisharon place, so he’ll be catching up with family after the event, but not for long. Yanky is running the 2021 New York City Marathon in early November.

He took up running after years of inactivity while at yeshiva: “Kisharon is an impressive operation and I am more than happy to run and add to people’s lives, ” he said.

All Kisharon places for the London Marathon are now filled. But for anyone interested, there’s always next year…