Ben is the new prime minister after winning Kisharon School’s General Election yesterday on a narrow majority with his Progress Party. 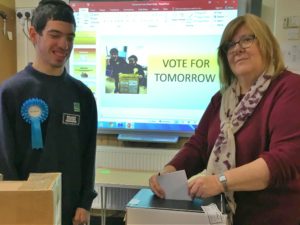 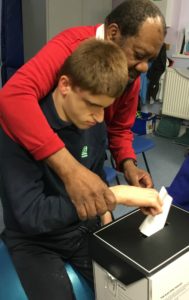 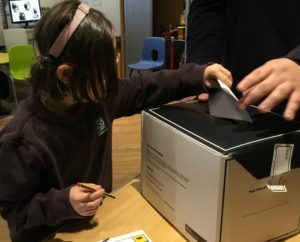 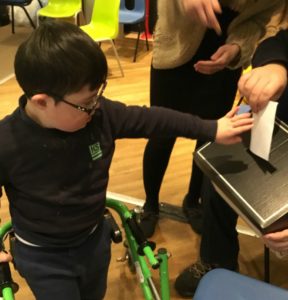 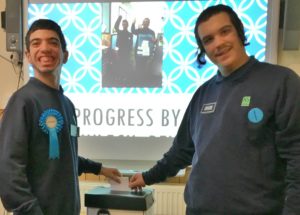 Pupils voted on Thursday at a polling station set up in the school’s library. Party leaders were elected and each drew up a manifesto with policies about healthcare, housing, crime and education. Party leaders campaigned in the run up to the election. The winning Progress Party, led by Ben and Mylech, left and right in the photo, above won by a narrow margin of three votes.

Their policies, focusing on crime and policing, health, jobs and safety, called for residents to have more say in their local communities and for life imprisonment for criminals given life sentences.

Teacher Adina Collins said: “The Progress party were voted in as they ran a really successful and supportive campaign that helped their peers to understand their policies.”